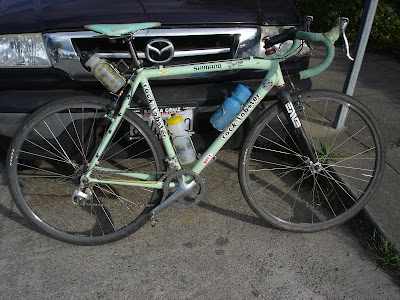 Here's my race bike partially transformed into a quasi expedition bike for the ride. I made a bracket for the seatpost to hold a third bottle. There's no water available for the first five hours of riding. 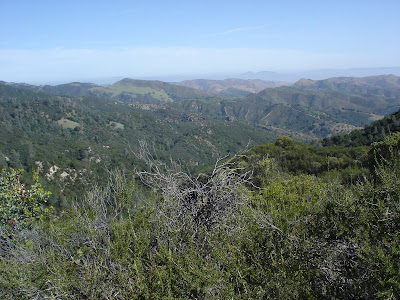 An old friend of mine who was a real legend of cycling here used to get folks together once a year to do an epic ride in some desolate country south of here . The friend was Tom Cuthberson , author of many books and probably one of the first people to bring the notion of cyclocross to Santa Cruz. Tom was a real adventurer and he was always looking for new places to ride, both paved and in the dirt. For years on his birthday he would get a few folks together to do this mammoth loop ride of 73 miles, 6,700 ft. climbing that was about 30-40% dirt. I used to get a call from Tom urging me to join on the ride but I always had something in my schedule that got in the way.
In 2004 Tom was diagnosed with Pancreatic cancer. He fought it valiantly for nearly two years but it took him at age 60. A couple of years after that, one of Tom's friends and someone I knew from Cyclocross told me that Tom's ride would be happening again around the time of Tom's birthday. This year I actually made the time and went on the ride , really wanting to see this special place that was Tom's favorite place to spend a whole day on the bike. 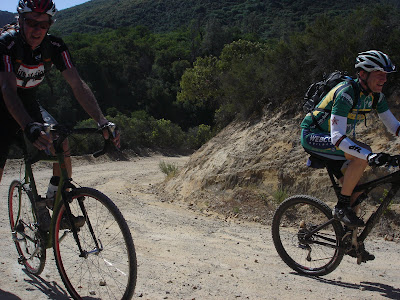 Six of us, half on 'cross bikes and the other half on mountain bikes left King City at 8:45 a.m. on a Saturday morning. All the folks on the ride had done it numerous times, I being the only new addition. 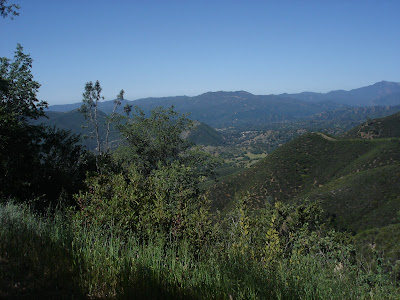 The first climb was all dirt and I found out that my gears were too high for the steeper pitches. I suffered along until I stopped to take a photo of a meadow about 2/3 of the way up. 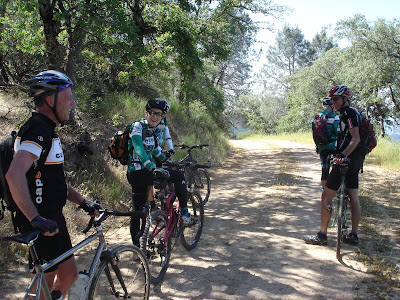 Here's the group at the top of the first climb getting ready for the downhill. 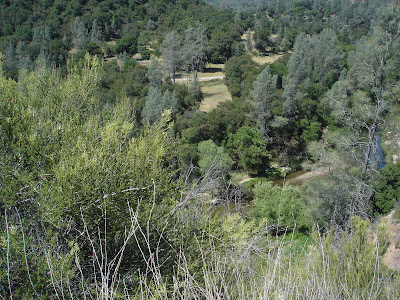 This is a view from just beond the top of the first climb. 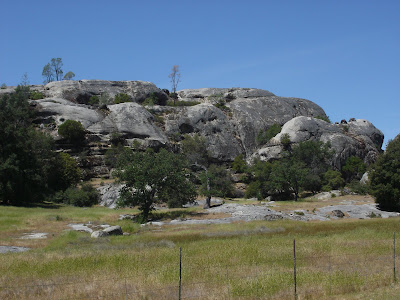 Riding down the long valley road there were some dramatic rock formations on either side. The photos fail to capture the impressive sight. 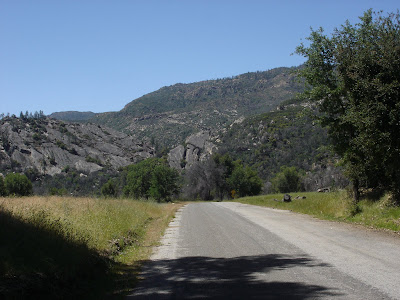 Here's another view of the paved valley road that followed the dirt road with the climb. This road had a climb as well but not as steep or as long. 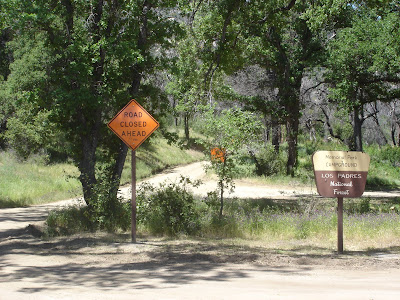 At the end of the pavement there was a campground and the start of another long dirt section. 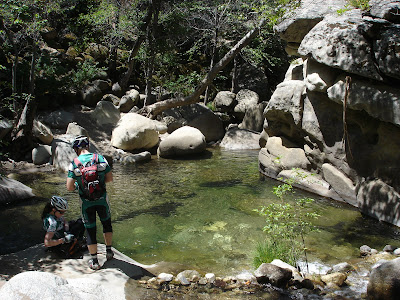 Not far into the second dirt track was a good spot for lunch, a small river with a nice swimming hole. 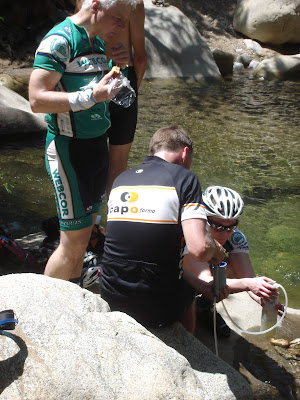 Since the next place to get water was about two hours up the road my riding compatriots brought and used a filter to purify the water from the river. 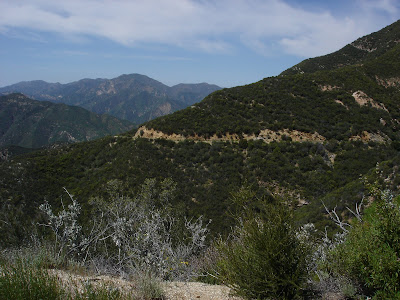 This is a view from the final dirt section , mostly a side-hill road with a pretty long climb up to 2,800 ft. The views were dramatic and the downhill to the next campground seemed to go on for a half an hour. It might be the longest dirt downhill I have ridden in California that wasn't in the Sierras. As I rode I thought of Tom and said to myself on a few occasions " Thanks for showing me this ride, Tom. " This was one more way to remember the man and his many contributions to the cycling community in Northern California and elsewhere.
Posted by swiggco world at 12:15 PM

Looks like a great ride and for all the right reasons. Any chance of posting the route?