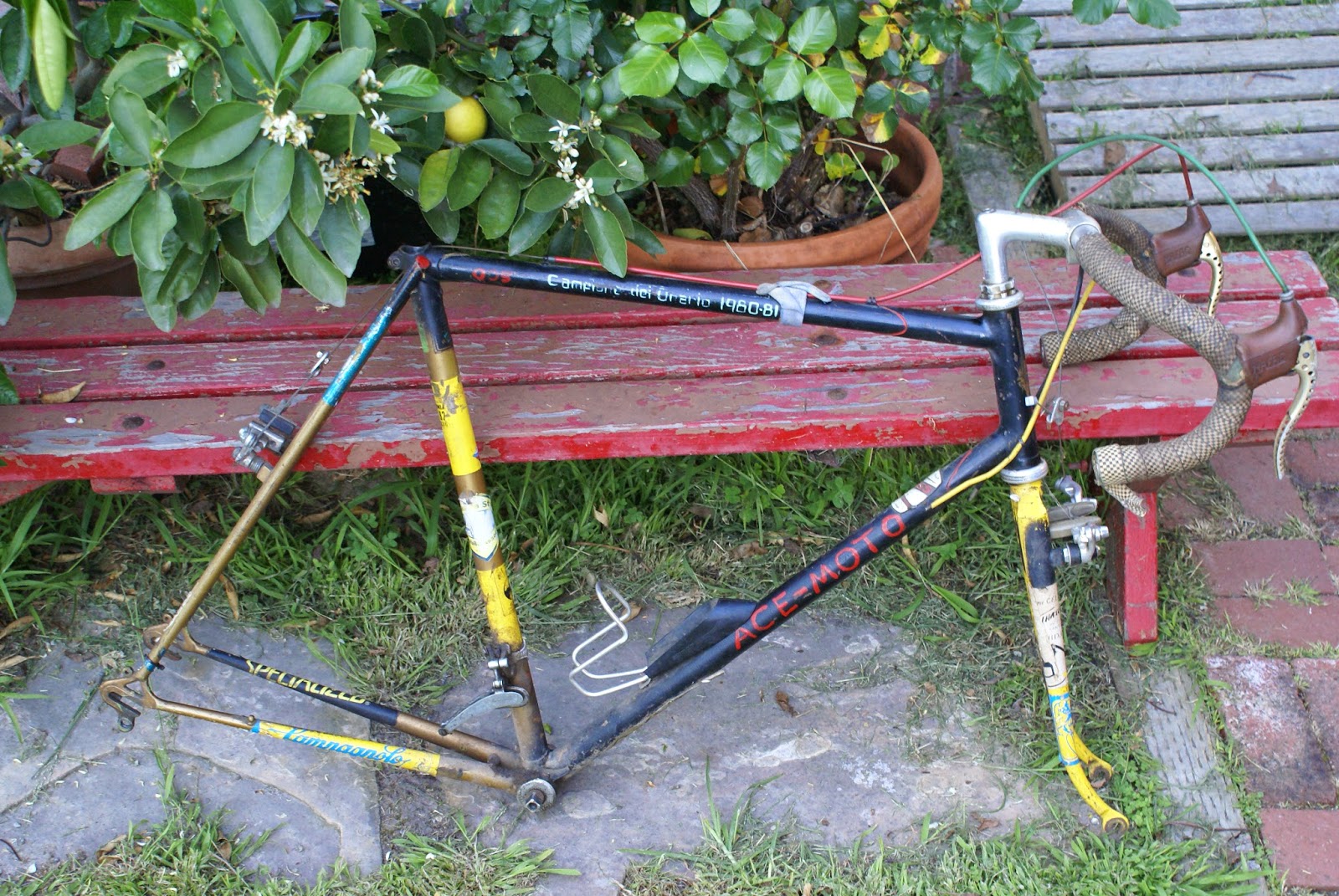 Long before Salsa , Bontrager, Rock Lobster or any of the Santa Cruz built mountain bikes there was this- Moto Ace. This frame was a high school project of a friend of mine, Johnny Thess-once an employee of both Salsa and Bontrager and a sales rep of my own brand. Back in the '70's Johnny fashioned this frame and a number of people rode the piss out of it, much of the riding was in the dirt here in the forests behind U.C.S.C. 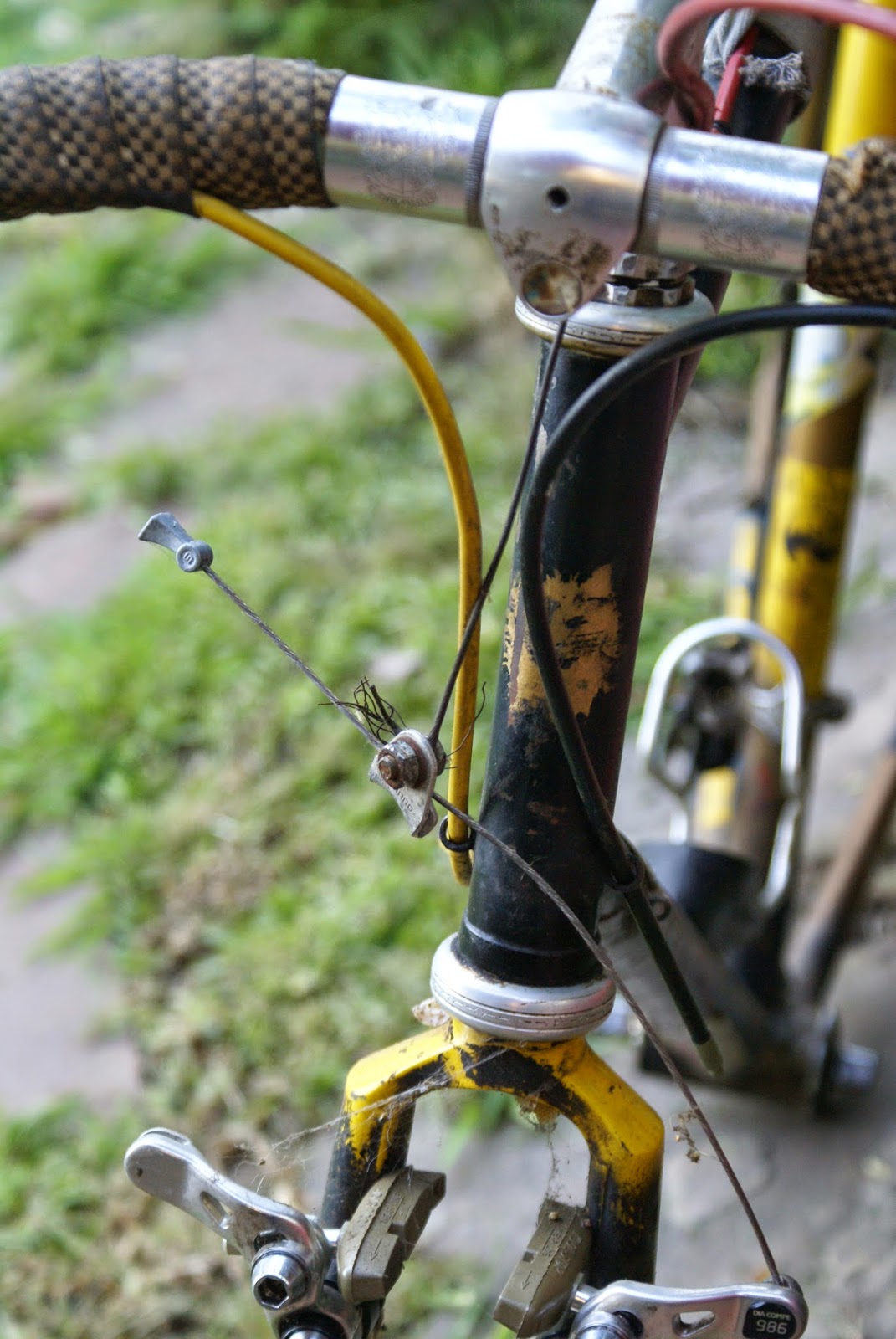 The bike was crashed and severely bent and subsequently repaired by Ross Shafer so that it could resume duties and the bike to be abused frequently. One of its duties was to be used in a really race that was part of the Santa Cruz criterium. The bike was on the winning team two years and note of that is written on the top tube. 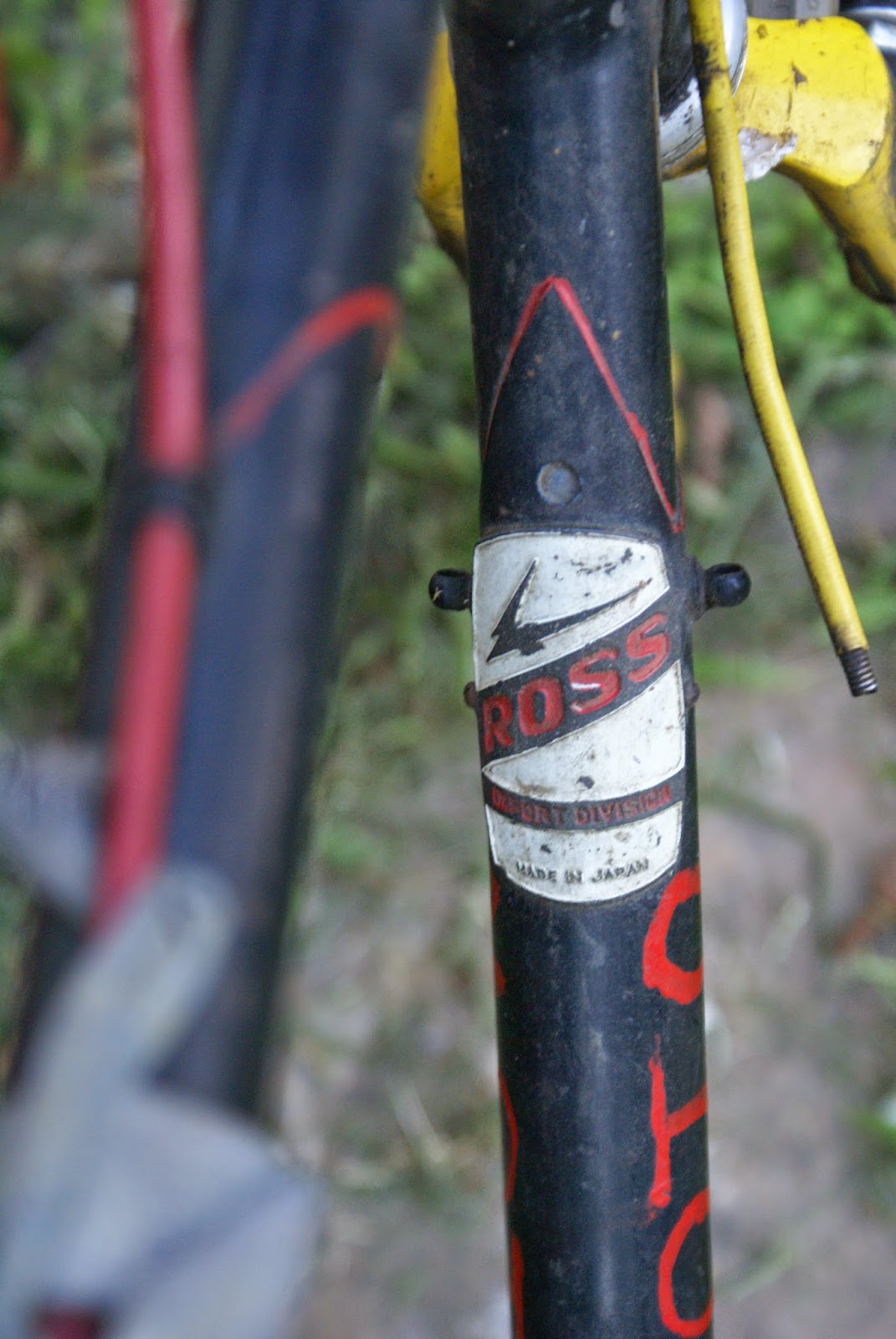 This frame is part of early Santa Cruz dirt riding history and although it has been in storage for a couple of decades it re-surfaced and I had a chance to photograph it. It is now making its way up to Petaluma to reside at Ross Shafer's house.
Posted by swiggco world at 7:02 PM 1 comment: 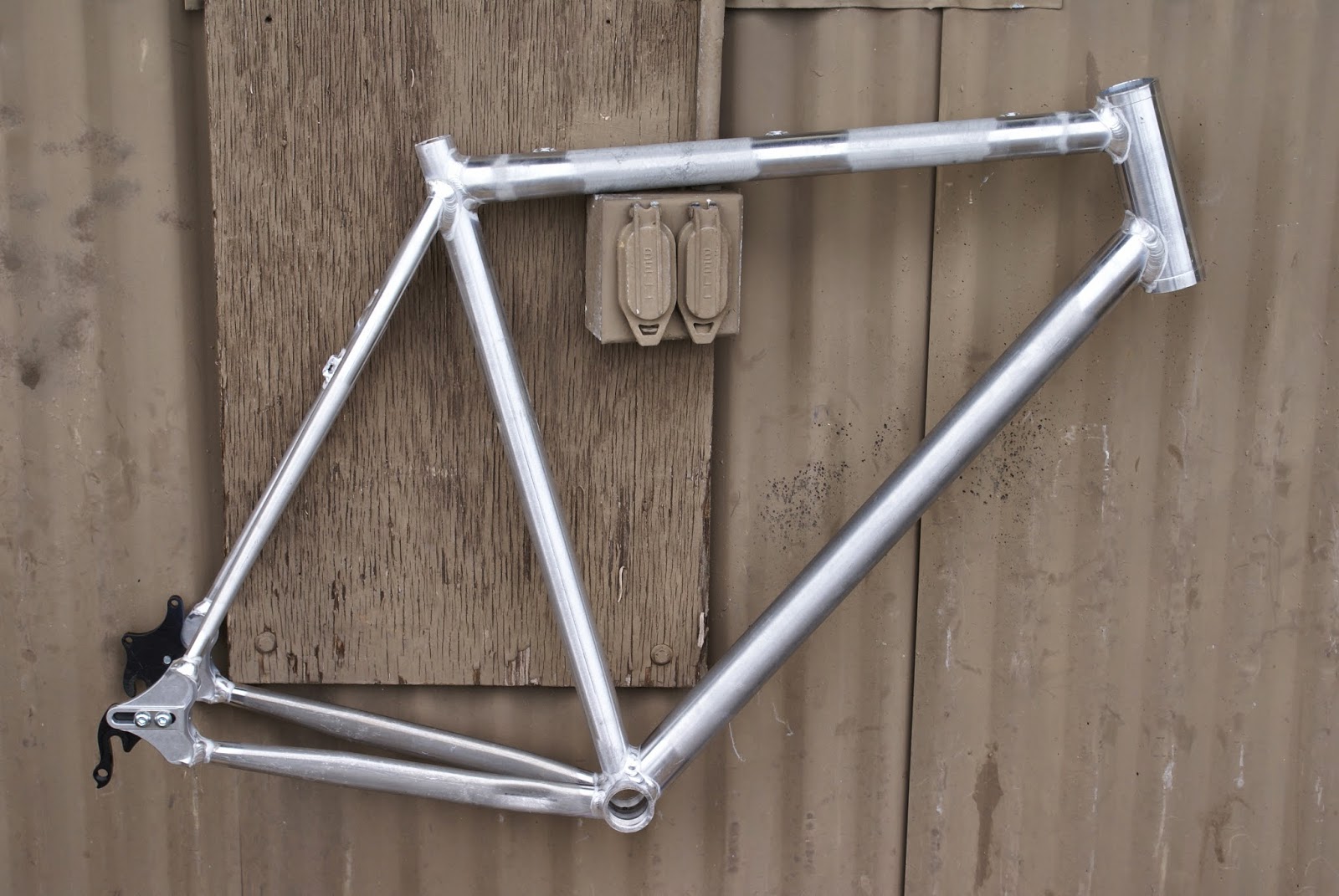 No bottle bosses are on this frame as it is full race. The tubes are a mixture of Dedaccai , Nova, Fairing and NOS Easton. This frame is 3 lb. 14 oz. and will not have a der. hanger when it is shipped. 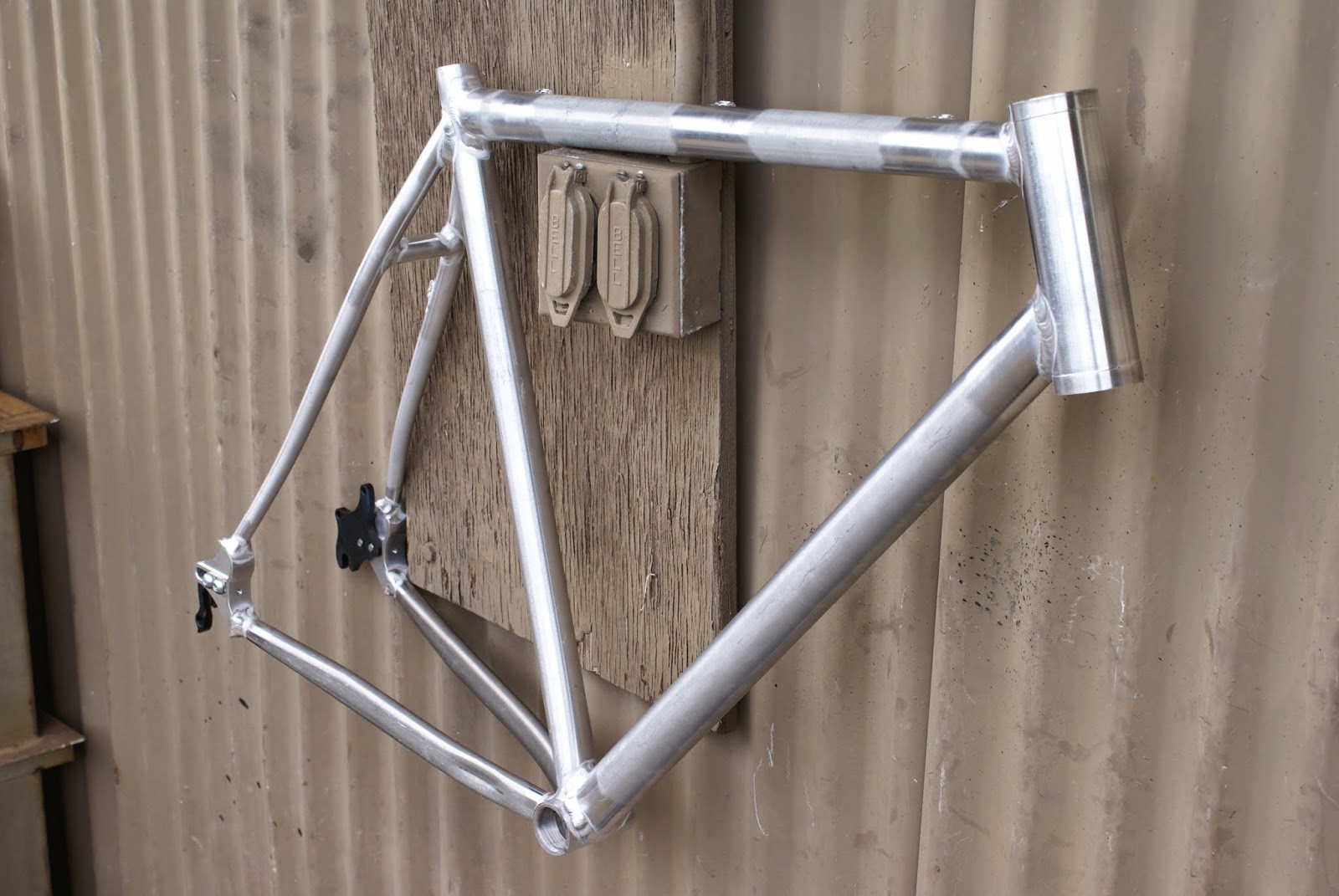 The frame will take up to  700x 40 tires or even slightly larger. 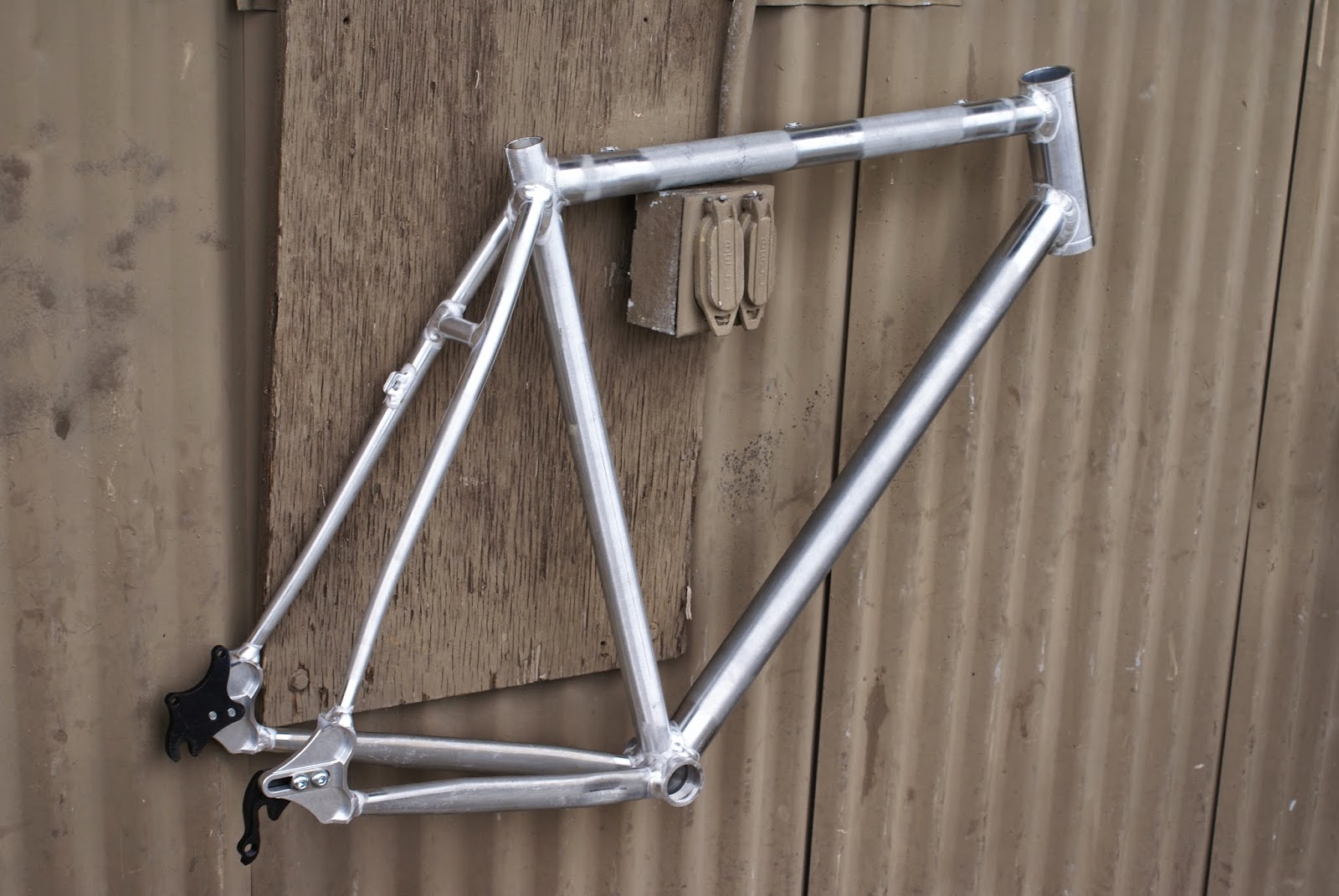 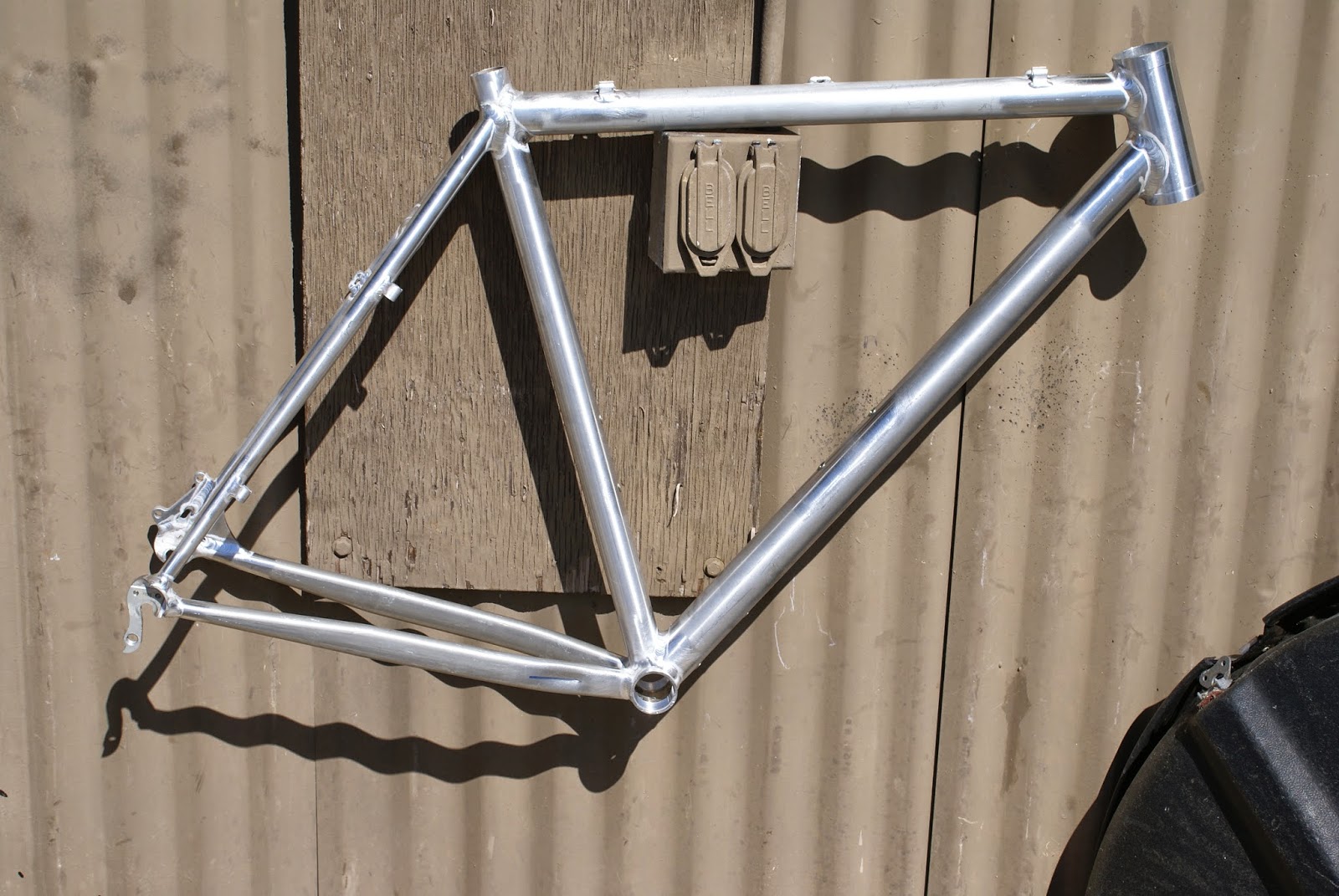 I will be making more of these in the future. The format is not unlike my team CX race frame except that the tire room has been increased to fit the Bruce Gordon 'Rock 'N Road' 700x43 tires. The bike will have disc brakes and small chainrings. 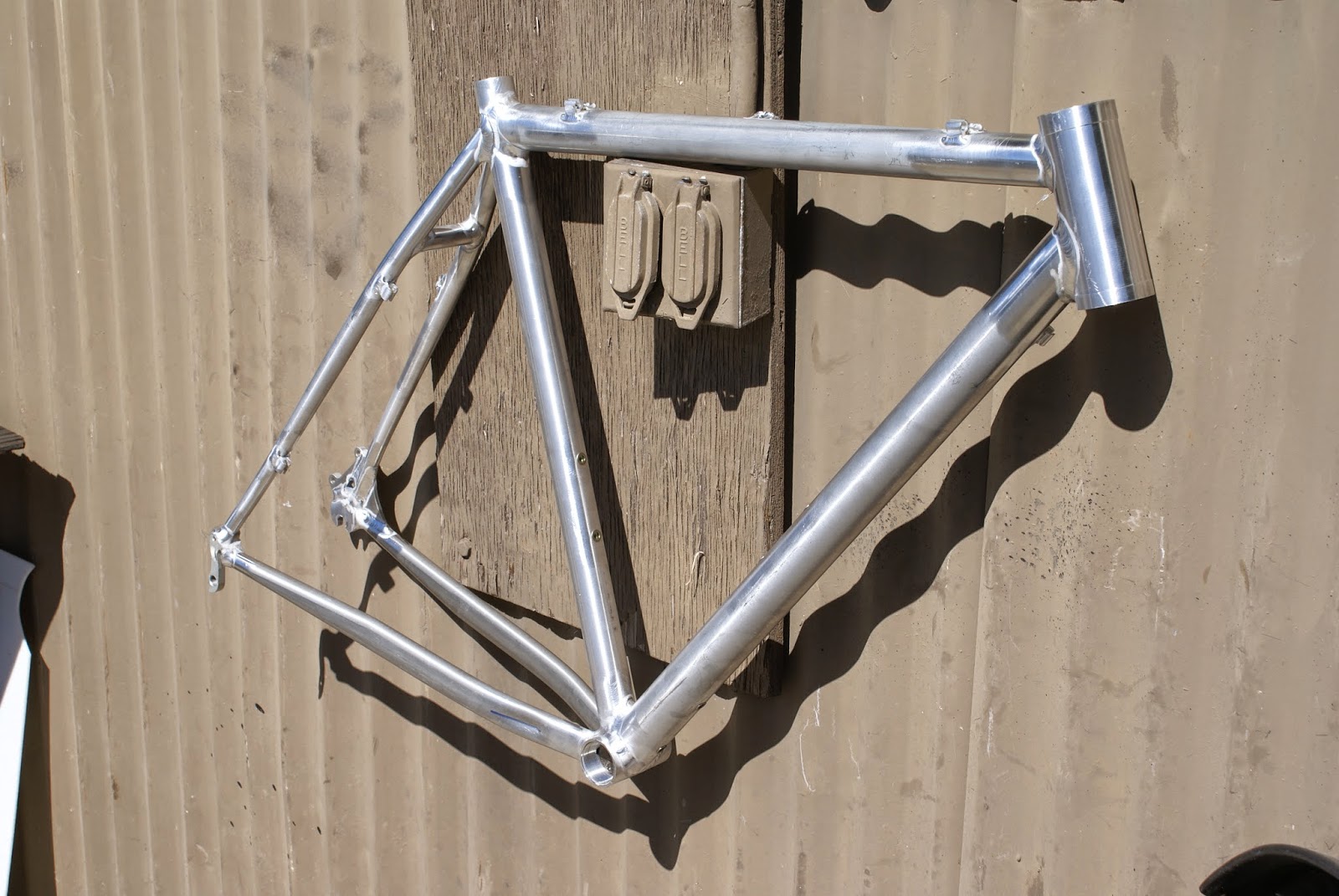 The bike will see duties in the forests outside of Seattle. One of our team riders is now a writer and needed a chassis for forest excursions that he will write about in the coming months. There's a third set of bottle bosses on the underside of the downtube, indicating that there will be some long rides. 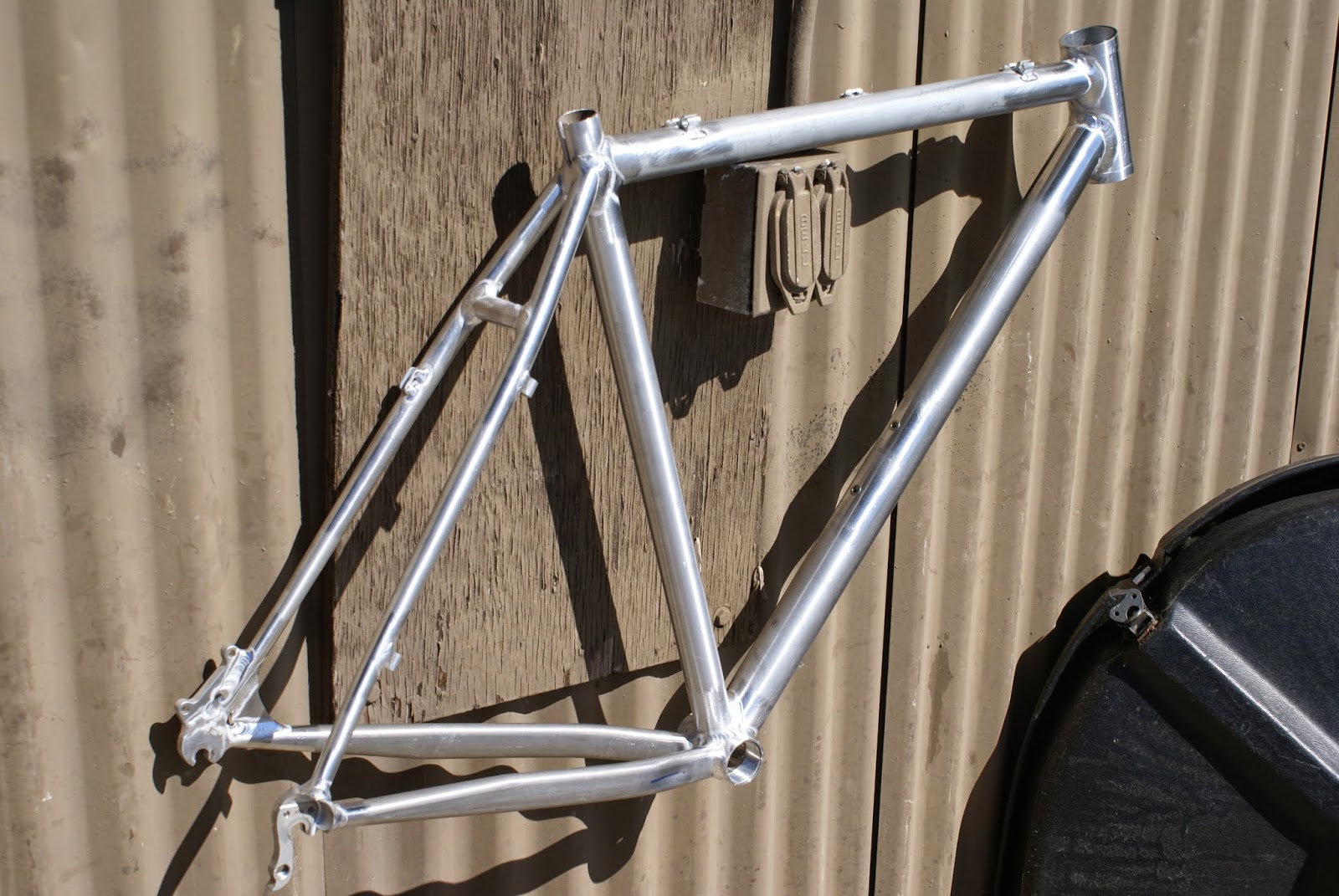 This model falls into the 'team ti s.l. ' style but this time it is not a steel version. With the high volume tires the added frame stiffness might be welcome on high speed descents.
Posted by swiggco world at 9:09 AM 2 comments:

Road frame and fork for Brooklyn 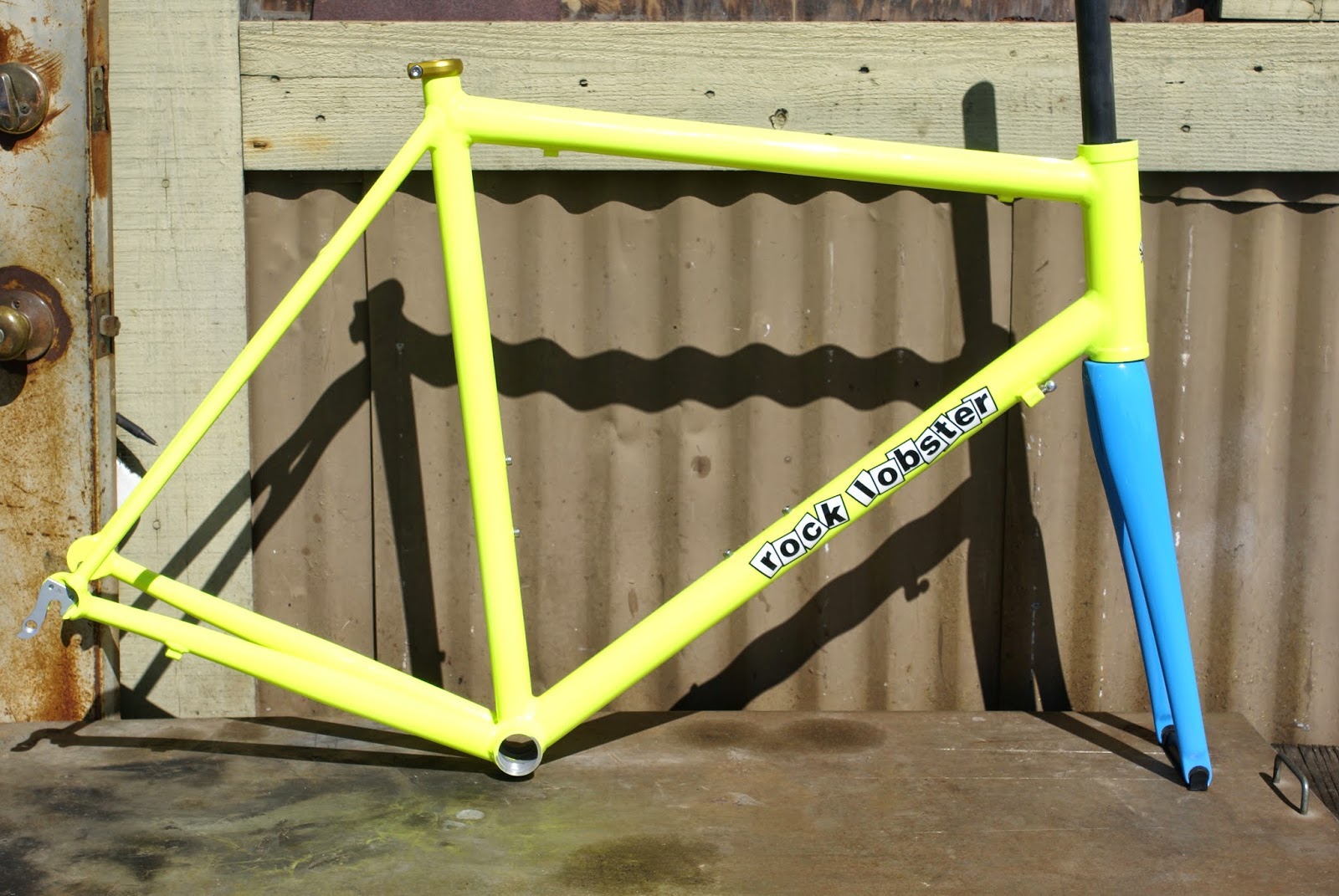 Nobody will miss this one going down the street-the bright neon yellow will be a beacon. The carbon fork has been painted contrasting color-this isn't the first time I have had this request I might even say that's might be the next 'mini-trend' in bicycle frame painting. 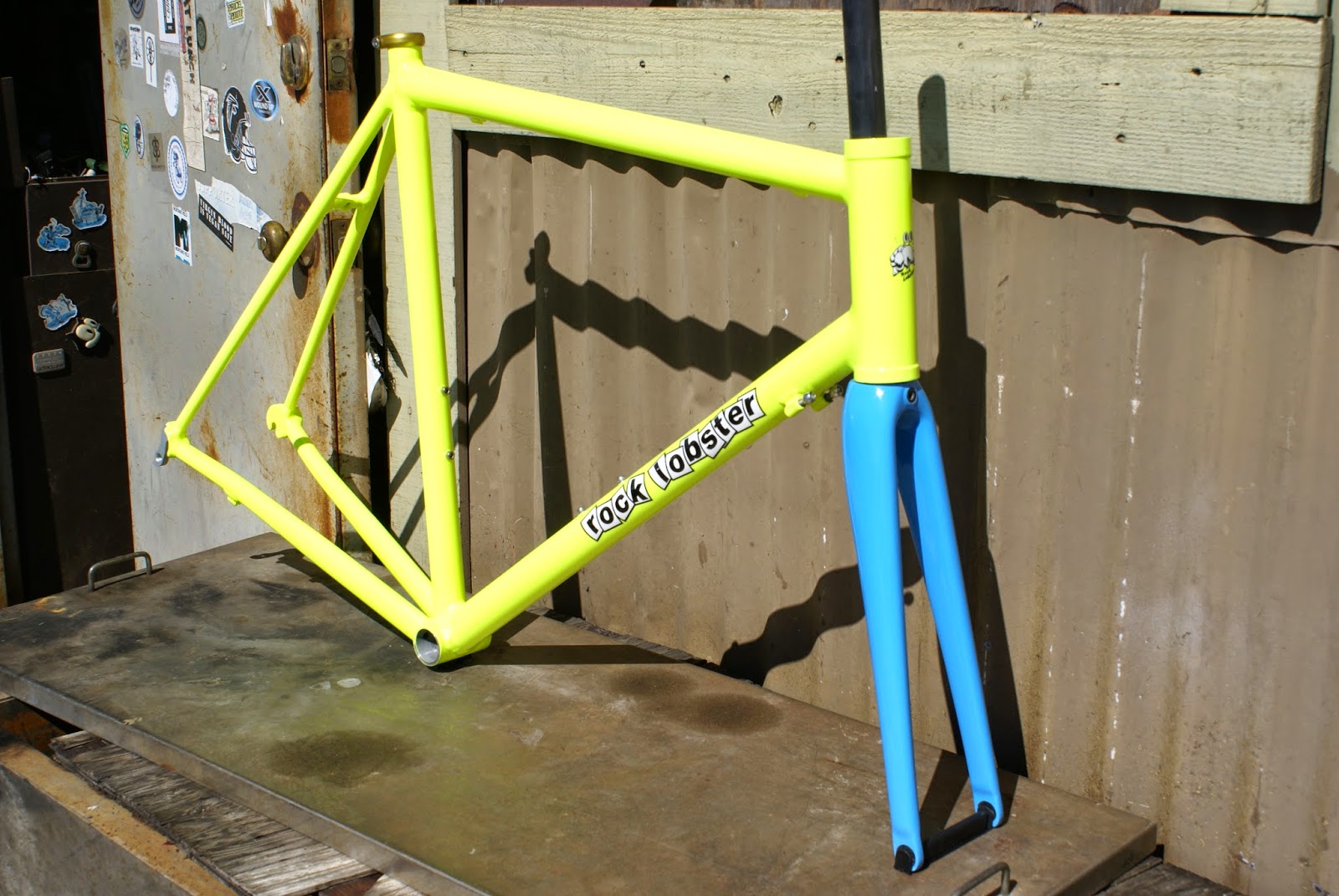 The 7005 road frame is pretty light and plenty stiff for hard efforts. The whole package should wind up being pretty light when it is all built up. 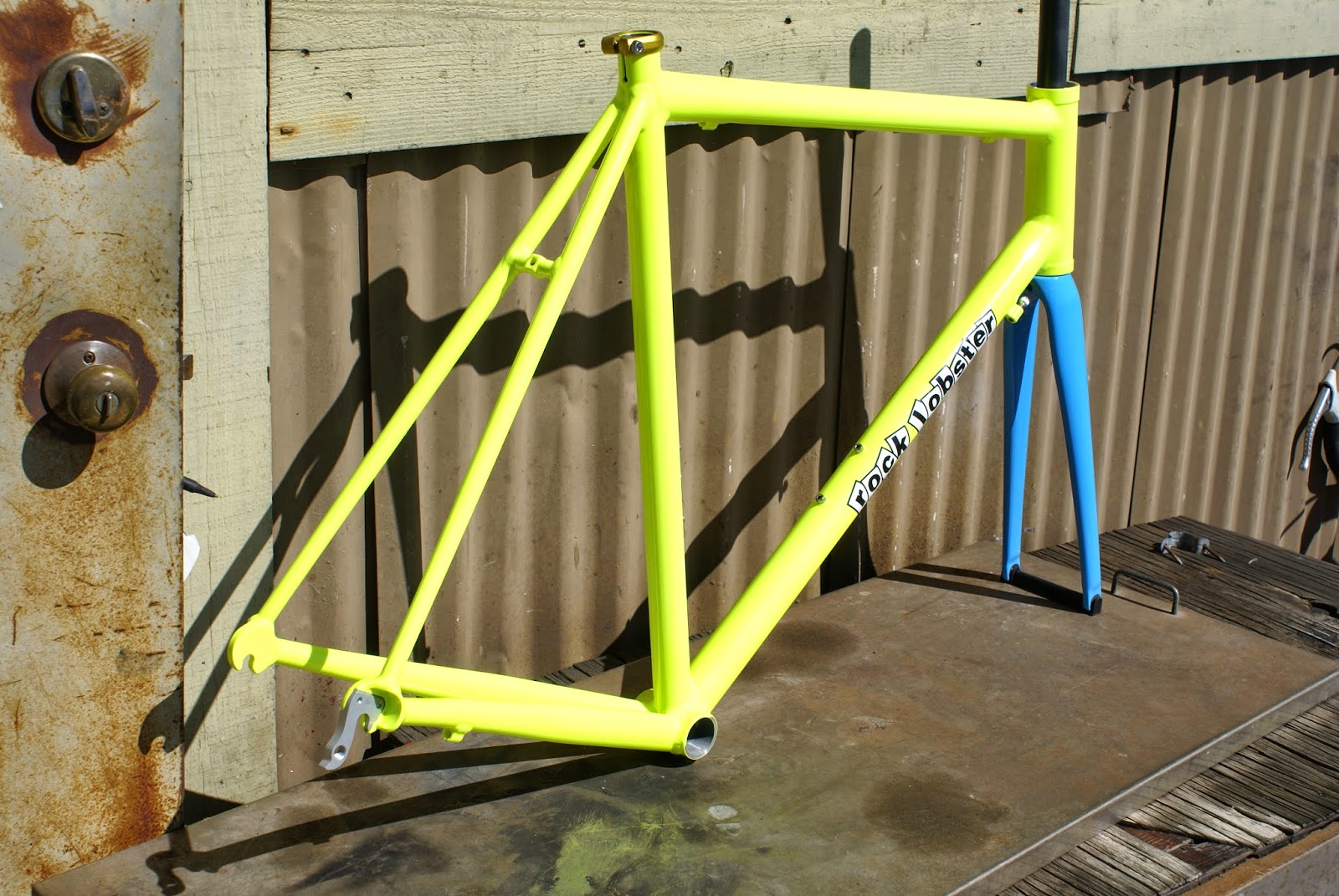 Road frame and fork for Australia 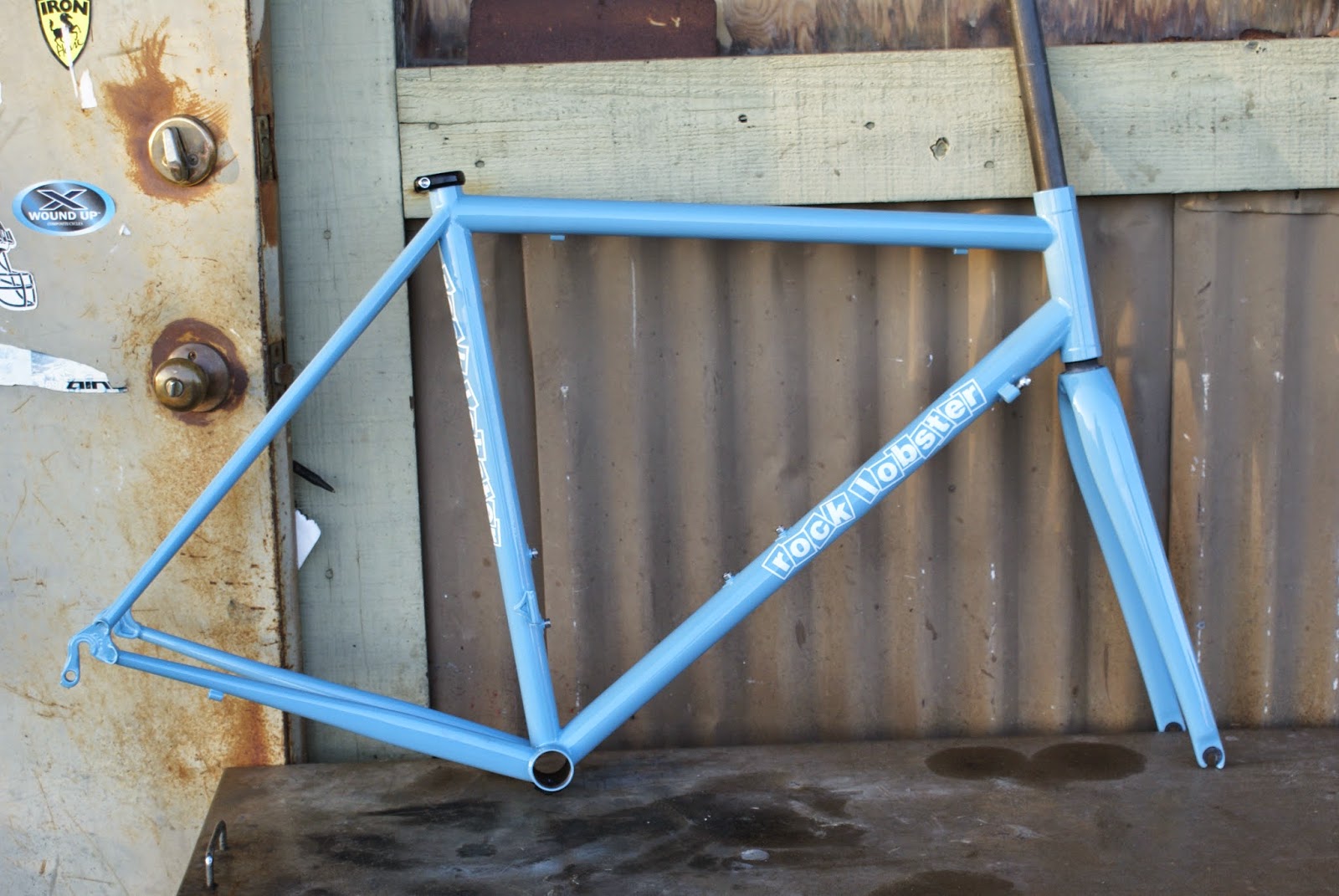 This steel frame is mated to an Enve 2.0 carbon fork that has been painted to match. This is not always easy to do as the frame is powder coated and the fork has to be painted with an entirely different process. The fork painter is fortunately really good at matching colors . 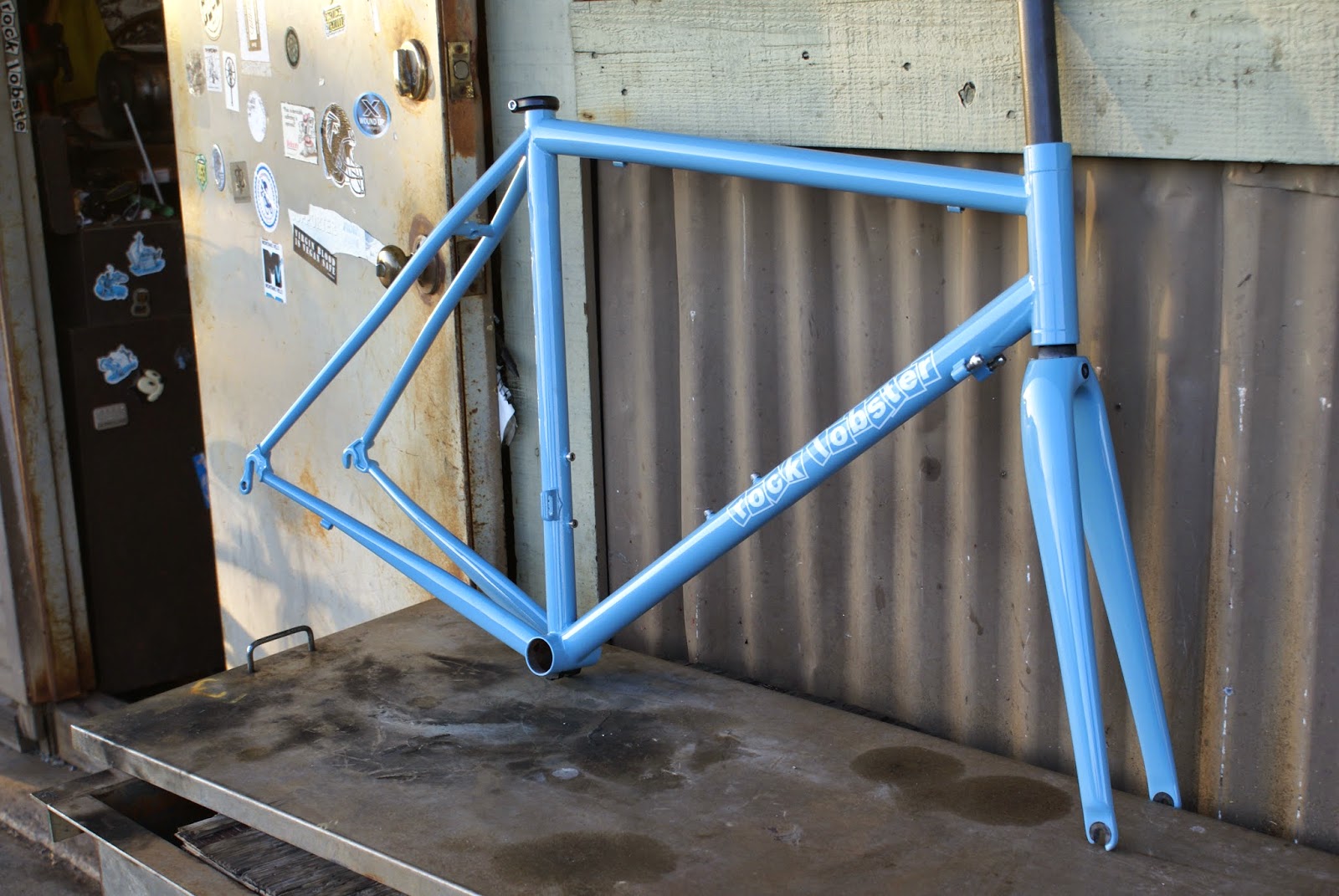 With the exception of adding the silver head badge, this frame is ready to make the long trip across the pacific. 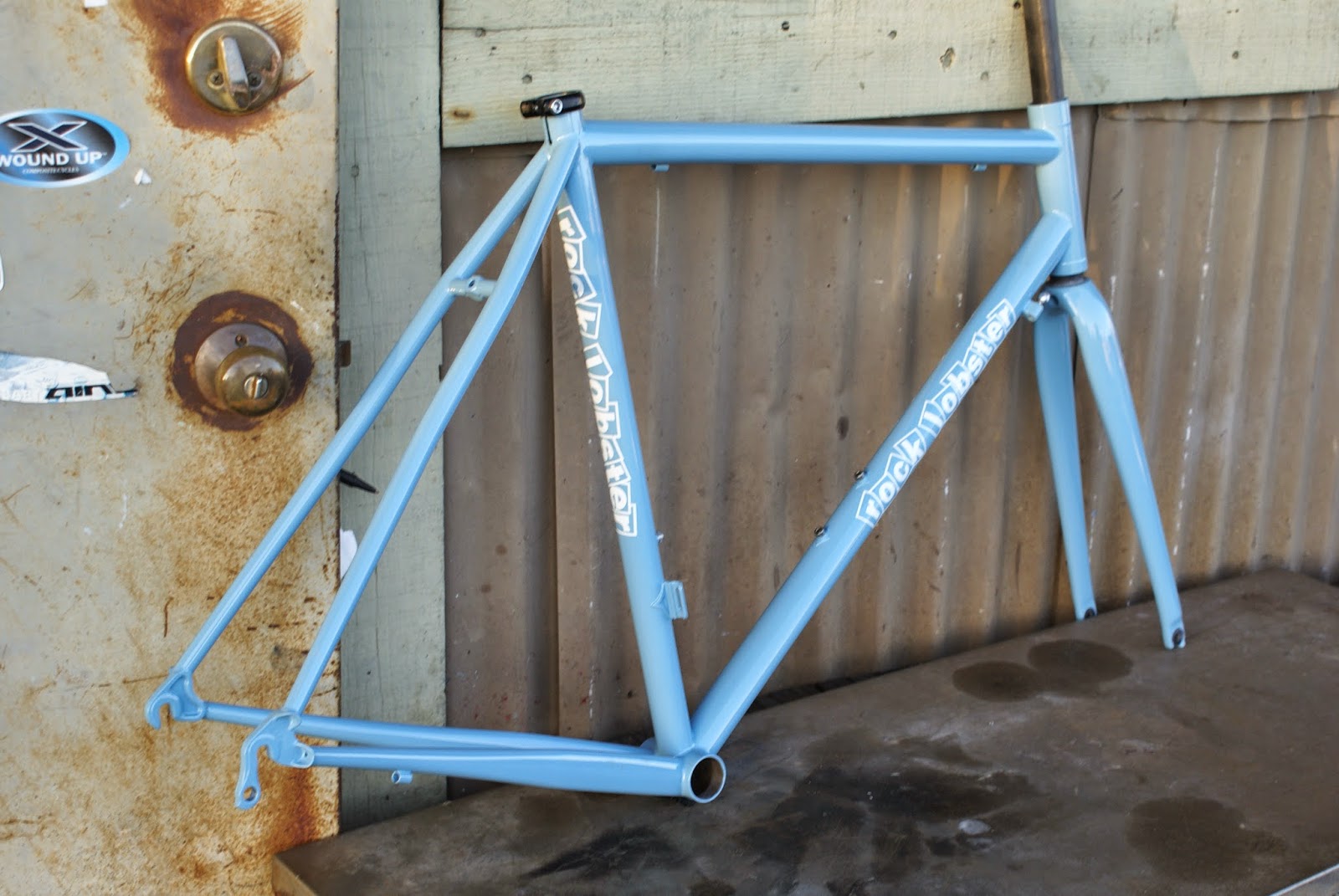