Almost old school but not quite.... 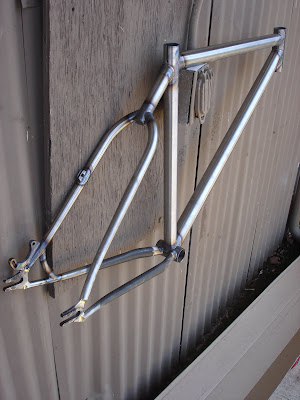 Sometime about 7-8 years ago I came up with an idea for a disc mount for single speeds. They were pretty popular until the advent of the sliding dropouts and now the swiveling dropouts. Everybody has a different way to deal with the same problem.....on a single speed, the wheel can be in different places in the dropout depending on the gear being used at the time. The disc brake needs to have the ability to adjust to the changing wheel positions. i came up with what I still contend is the simplest solution to the issue-and, it might be the cheapest. 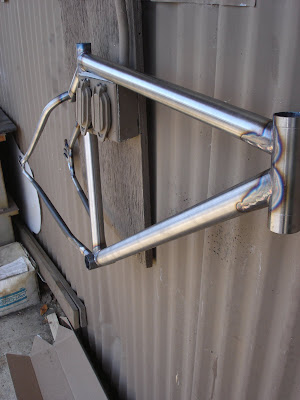 So yes, this idea is not from the previous century but it pre-dates most of the other stuff. Yeah, it is a bit caveman style but i'll bet that you won't ever have an issue with the setup. It is as simple as it gets. 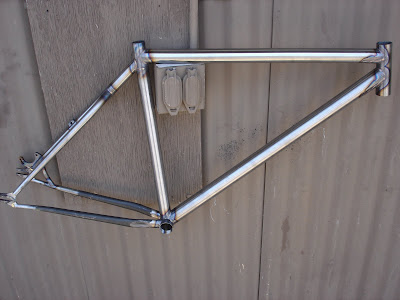 Just think......a no charge disc option on a custom frame ? -blasphemy ? I'll be torched at the stake by my contemporaries-that is , unless they are welders. In that case I'll be electrocuted at the stake. Hmm, maybe my blogs are starting to cross-pollinate.
Posted by swiggco world at 10:09 PM