Steel hardtails are back

I was fortunate to talk to the customer right before building this frame. Sometimes people are tough to get ahold of but this customer was available to tell me some specifics, mainly where this bike is going to be ridden. Looks like the bike will be in Tahoe and be ridden on all that high altitude technical singletrack.......I'm envious. Iv'e only ridden up there twice and I really enjoyed myself. The tubing isn't the usual large diameter stuff, it's all classic dimention '80's style for a smooth ride and a 145 lb. rider. Yes, that is a chain hanger on the seatstay. Heck, I don't charge for them so it won't add to the bill. 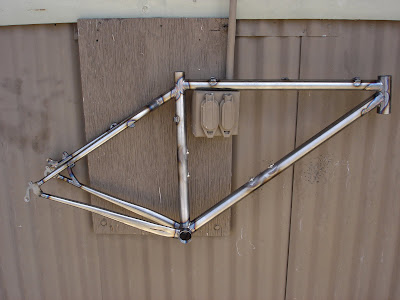 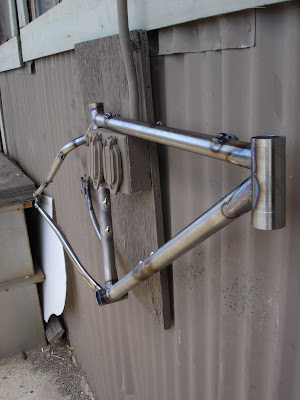 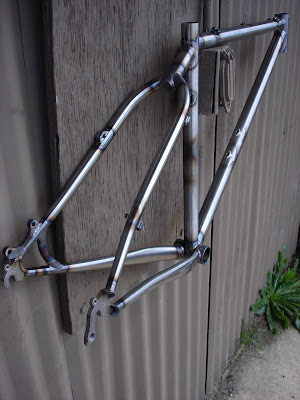 Yes, there are still folks racing on steel. Here's a frame that should handle the hard use well. The True Temper and Reynolds tubes are light but still pretty stout. I weight the frame before the braze-ons were applied and it was 3 lbs. 15 oz , not bad for a larger steel frame. 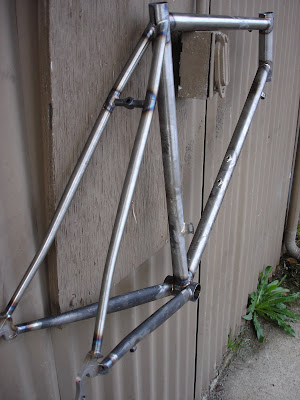 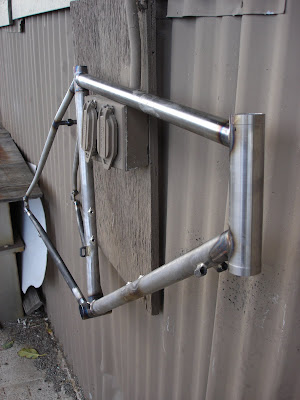 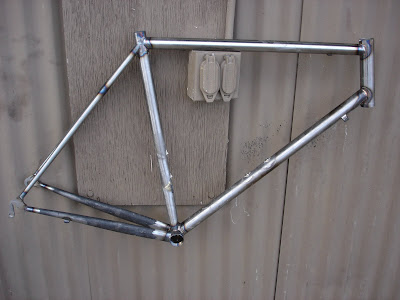 Minimal standover, lots of front triangle space for shouldering are the identifying features of a racing frame. This is a steel version with the full team decal set. lots of decals are great for the photographers at the races....no matter what kind of situation the rider is in, you'll always be able to tell what kind of bike it is. This frame will see a lot of use in the bay area races. 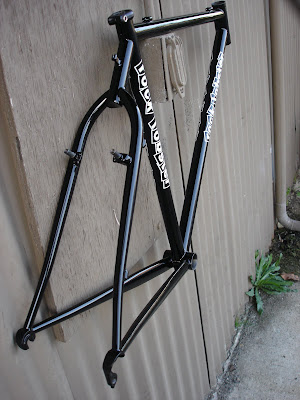 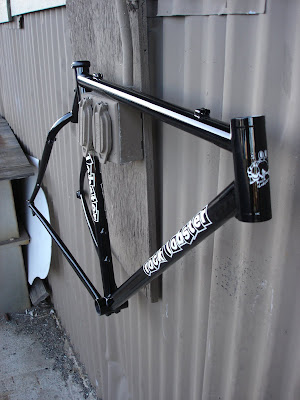 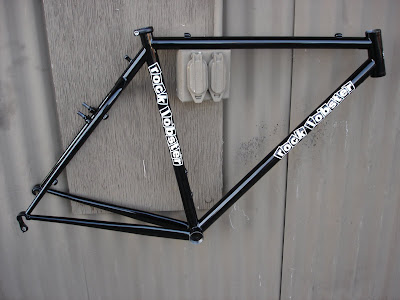 This frame is probably going to see some very hard use. I used some pretty tough big diameter True Temper steel and my first set of Pacenti sliding dropouts. The der. hanger will be removed but if needed, the bike could be set up 1x9 with a few zip dies. The downtube takes up most of the real estate on the back of the head tube so no top tube gussett is needed. 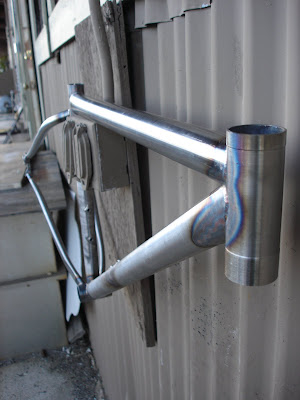 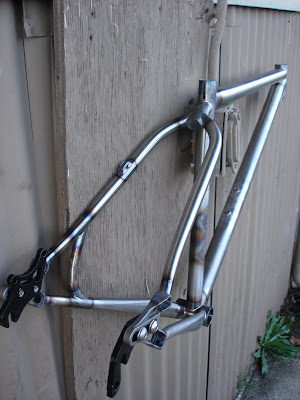 I have learned that no seatstay/chainstay combination can resist the twisting force of a disc brake without some help from a re-enforcement of some kind. I like using a piece of cro-mo tubing with a fairly heavy wall. 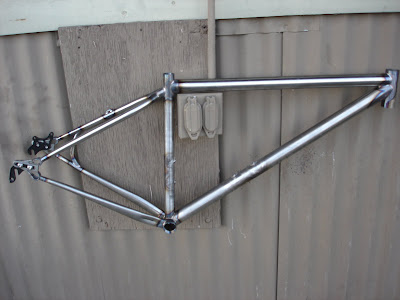 Posted by swiggco world at 7:25 PM No comments: 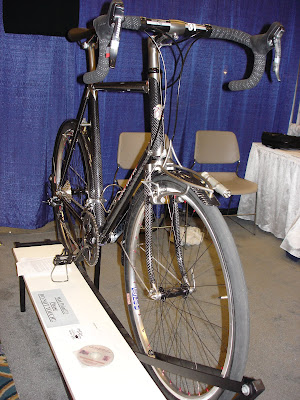 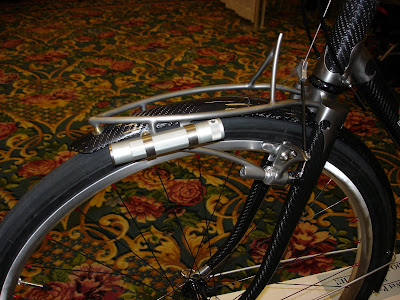 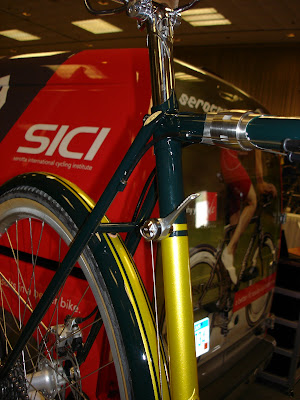 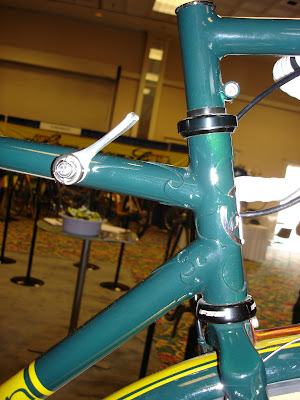 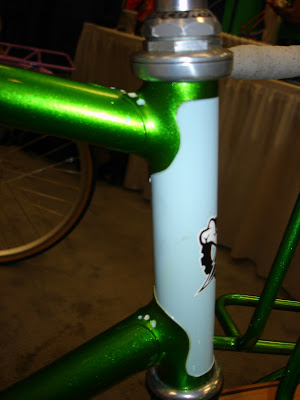 Posted by swiggco world at 8:08 PM No comments:

I put this photo in just because I thought it was cool.The bike is going to the show, though. 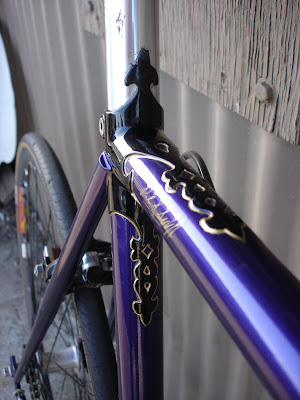 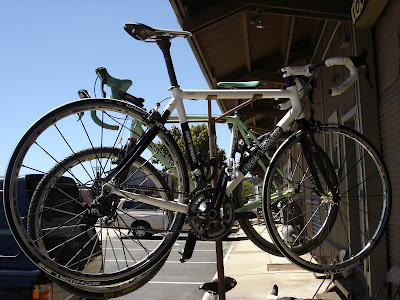 Here's my home made display. Nothing but the finest cro-mo and shcedule-40 steel, tig welded to a nice rusty sheen. It comes apart and fits in the back of my truck and it was a total investment of about $ 35. Bike show on a budget....my specialty. 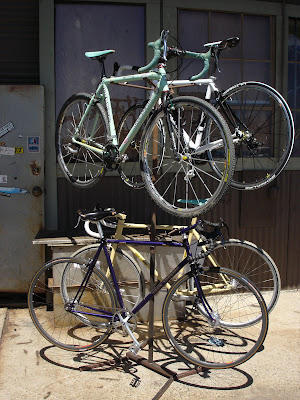 Sneak peek at the show bike

For those of you not going to the San Diego custom bike show ( April 9,10,11 ) here's the bike that is being built for the event. It's another path racer and lugged, at that. The stem is a mix of fillet braze and tig. The fork crown is a new Paris Roubaix type from Kirk Pacenti. The lugs, also from Pacenti are leftover Paramount castings . The dropouts are Paul Prices finest. The tubeset is Nivacrom Columbus. I didn't wiegh the frame but I'm sure it's just what it should be-light but not flimsy. 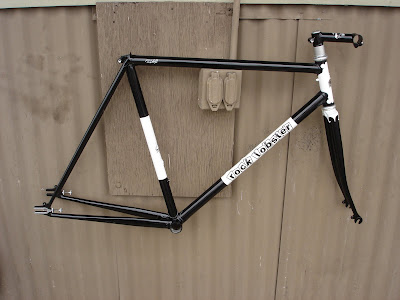 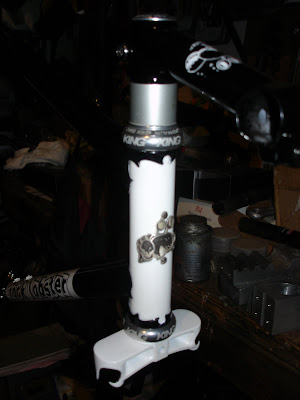 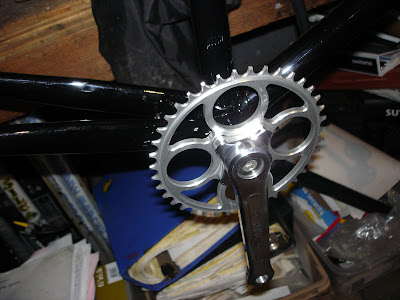 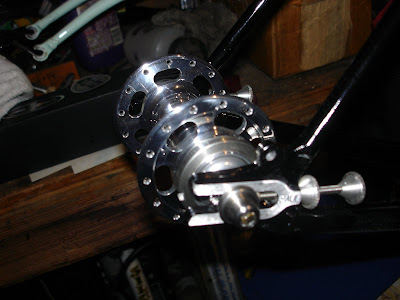