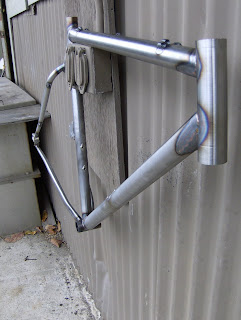 5.14 lbs. of 29er steel waiting for a chance at the local singletrack. The guy who is getting this rig is not a little greyhound bike jockey so I had to build it stout. I'm surprised that it came out only a little over 5 lbs. I didn't do anything to lighten it up-pretty much used the heaviest tubes in the shop that were bicycle tubing and not straight-guage aircraft cro-mo. 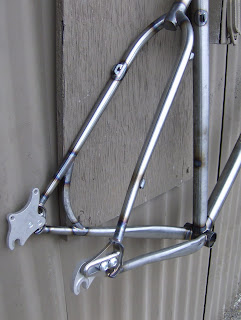 The sliding dropouts are from Paragon Machine works here in California. If you want the best steel hardware of the sliding kind ,you don't buy it from anyone else . 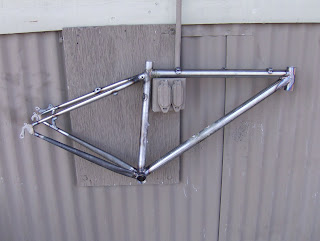 Here's a geared 650 frame, one of the rare few that I produce. It's made out of NOS Tange ultimate from the mid '90's. I still have a few sets in stock and it is pretty nice for rigid-fork bikes like this as it has a forgiving ride , won't dent easily and will probably outlast the century. 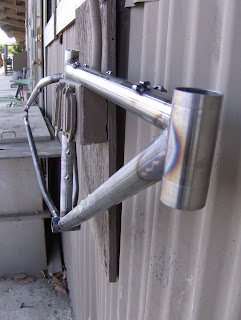 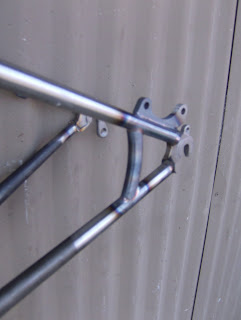 Always a good idea to put a re-enforcement where the stress from the disc brake is highest. Some of us in the early days of discs found out the hard way that frames will not last if you don't include this little feature.

Posted by swiggco world at 9:59 PM